Mark grew up on his parents’ dairy and beef farm at Cricklade and was educated at Ingleside School and Rendcomb College, Cirencester before going to the Royal Agricultural College. He spent 2 years with ADAS before returning to North Wiltshire in 1985 to work for Loveday and Loveday.

Mark deals with a range of matters including valuations, landlord and tenant issues, farm and land sales, contract farming agreements and mortgage funding for farmers. He also runs Farm XS Ltd, the firm’s diversification collecting waste plastic for recycling from farmers in England and the Welsh border.

Mark has been an AMC agent and valuer since 1994. He is also heavily involved in our professional body, the Central Association of Agricultural Valuers, having served as national President in 2010 and the local branch Chairman.  He continues to oversee the CAAV’s professional entrance exams in southern England. He received an award in 2016 from the CAAV for his work on its behalf over many years.

In his spare time he enjoys cricket, travelling, skiing and walking his whippets Roddy and Buddy.

< Back to Meet The Team 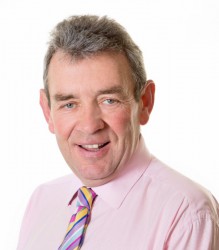